US virus deaths top 3,100 in a single day for the first time

By SAM METZan hour ago 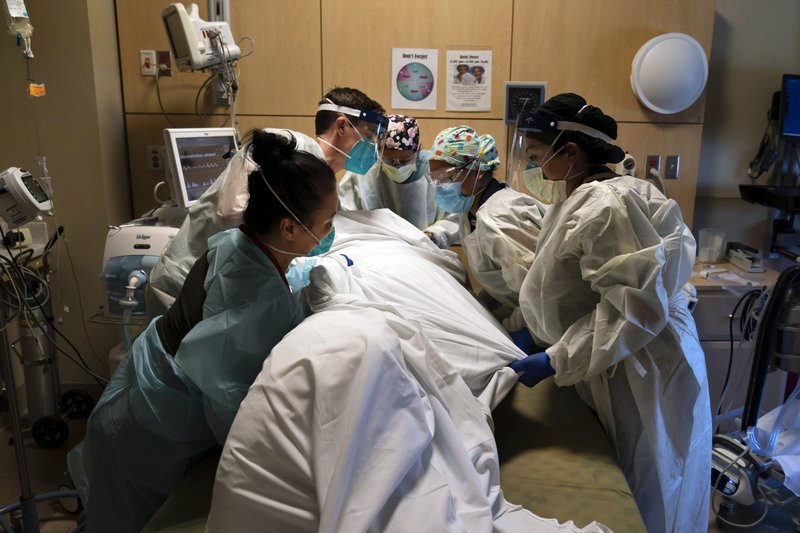 1 of 7
FILE - In this Nov. 19, 2020, file photo, medical personnel prone a COVID-19 patient at Providence Holy Cross Medical Center in the Mission Hills section of Los Angeles. Across the U.S., the surge has swamped hospitals with patients and left nurses and other health care workers shorthanded and burned out. (AP Photo/Jae C. Hong, File)

The U.S. recorded over 3,100 COVID-19 deaths in a single day, obliterating the record set last spring, while the number of Americans in the hospital with the virus has eclipsed 100,000 for the first time and new cases have begun topping 200,000 a day, according to figures released Thursday.

The three benchmarks altogether showed a country slipping deeper into crisis, with perhaps the worst yet to come, in part because of the delayed effects from Thanksgiving, when millions of Americans disregarded warnings to stay home and celebrate only with members of their household.

Across the U.S., the surge has swamped hospitals and left nurses and other health care workers shorthanded and burned out.